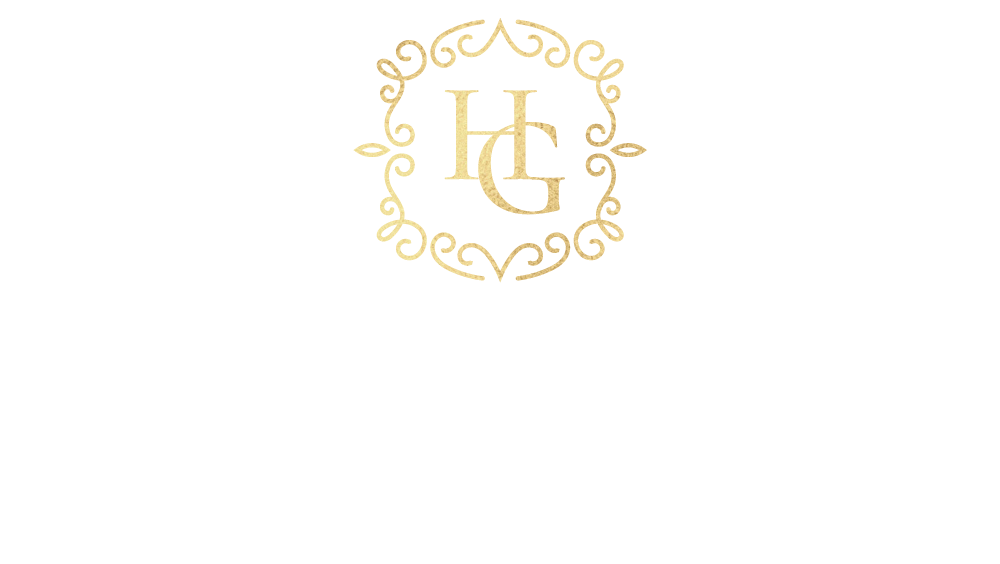 This place is the definition of a Hidden Gem!

Greetings traveler lovers!  Can you believe that there are only 4 days left in August?  Personally, I’m excited to be heading into the fall for the cool, crisp days and beauty of the changing leaves here in the Northeast. If the border to Canada opens, I’m hoping to road trip to Nova Scotia as I’ve been invited by their tourism board to experience their hidden travel gems first-hand (my husband is excited about the golf). I was scheduled to take this trip in July, but as you know, Americans haven’t been able to enter Canada and the date keeps extending.  Keep you posted.

I won’t ask if you can guess which destination I’m referring to in the subject line because it’s such a hidden gem for Americans that I’d be quite surprised if you guessed correctly.  I had the pleasure of a recent zoom call with an incredibly special travel supplier, Belmond, who educated me about their beautiful resort and destination.  I immediately knew that I need to share it with you!

A few teaser facts:  this hidden gem destination has beautiful weather year-round, offers a wide variety of outdoor experiences and adventure activities, and does an amazing job with their New Year’s Eve celebrations! Read on for the reveal…

If you guessed Madeira, Portugal, you could be correct!  Madeira is an archipelago in the North Atlantic Ocean in a region called Macaronesia.  An autonomous region of Portugal, Madeira is found 250 miles to the north of the Canary Islands, 320 miles off the coast of Morocco, and 600 miles southwest of Portugal. The main island, also called Madeira, is 35 miles long and 14 miles wide with a diverse terrain of sheer cliffs, ancient forests, mountain peaks, sloping vineyards, and stunning Atlantic Ocean coastline.  Madeira’s nicknames “Peal of the Atlantic” and “Island of Eternal Spring” describe how special this place can be an alternative to a Hawaiian vacation.  During the pandemic, Madeira has been relatively unscathed so ticks the safety box.  The weather box is also checked with mild weather throughout the year – 65 degrees Fahrenheit in winter to 80 degrees Fahrenheit in summer.

Belmond Reid’s Palace is perfectly situated overlooking the Atlantic Ocean while being only a 10-minute stroll to town and sprawls over 10 acres of sub-tropical gardens with over 500 species of rare plants and flowers. Dating back to 1891, a Scotsman named William Reid attracted nobles and celebrities to his magnificent hotel. Notably, Sir Winston Churchill painted, wrote his war memoirs and enjoyed many a lavish high tea overlooking the ocean.  Culinary travelers will enjoy the Michelin starred restaurant, William, and hand-crafted pasta dishes at the cliff-top restaurant Villa Cipriani. Three pools, two tennis courts, a spa, extensive gardens, and kids club are all available to hotel guests which makes it ideal for couples and families alike. Virtuoso guests receive VIP amenities including a $100 food and beverage credit.

Grab your step counter: Hiking is a unique experience on Madeira and must be added to every hiking/walking enthusiast’s bucket list. The Levada irrigation channels provide water for farms and wineries and run throughout the island’s mountains, valleys, and fertile terraces.  The Levadas offer an elaborate network of adjacent footpaths, and there are more than two dozen paths ranging in difficulty from easy to moderate. Not to be missed is the Cabo Girão Skywalk which takes you to the top of one of the world’s highest sea cliffs at a dizzying 1,933 feet above the ocean.  There are also hiking trails that take you into and above the clouds!  The laurel forest, known as Laurisilva, has been protected by UNESCO as a World Heritage Site since 1999.  Some of its massive trees are estimated to be over 800 years old, and Laurisilva is considered to be the oldest surviving area of laurel forest at 90 percent primary or original forest which sadly is very rare on our planet.

Get on and in the water: As an island, there are water activities galore. Windsurfing, boating, deep-sea fishing, parasailing, kayaking, whale and dolphin watching, snorkeling, and scuba diving are just some of the options. Madeira Nature Park is an underwater national park with coral reefs, caves, and caverns; crystal-clear waters and biological diversity are protected within this six-mile area. Giant groupers and anemones populate the underwater park as well as many other species of fish and marine life.

Hit the links: Madeira is home to three courses including unique Palheiro Golf course which sits 1,640 feet above sea level with panoramic views of the mountains and ocean. After your round, stay for a drink and bite on the clubhouse terrace and take in the views.

Play table tennis:  Did you know that table tennis (aka ping pong) is huge on Madeira?  There are over 27 clubs for local kids and adults!  I’m certain you’d able to find a match with a Madeiran player if you’re so inclined.

Explore the capital and gardens:  The charming capital, Funchal, is a lovely break from more active pursuits. Shop for handmade embroidery, handicrafts, and wickerwork along the cobblestone streets of colonial-era Funchal. These items are the best souvenirs and support the local community.  Check out the colorful paintings created on doors in the Old Town as you stroll the sidewalks. In Funchal’s Monte Parish, you can take an exhilarating wicker toboggan ride and then hop onto the cable car to the Madeira Botanical Gardens. The cable car ride showcases the beauty of Funchal Bay, the forested area around Joao Gomes River, and a panoramic view of the city.

Drink wine and eat local, fresh food:  Madeira is famous for its namesake wine, and

Blandy’s Wine Lodge offers tours and tastings with a view into their 200-year-old history. Accessible only by cable car or boat, there is an organic farm at the bottom of a cliff next to the sea that was once owned by the Jesuits.  Its spectacular scenery makes it a standout, as well as its produce – tomatoes and fruits grow like weeds. The locals claim that the saltiness of the air makes the grapes sweeter!

Relax and Recharge:  Madeira is an ideal place to get away from your stresses, immerse yourself in nature, and exercise in whatever way you prefer.  The spa at Belmond Reid Palace is a true haven with a view and sounds from the Atlantic Ocean. From yoga in the garden to wrapping yourself in Madeira-grown aloe vera and herbs, you have a menu of options to ensure that you return home with renewed vitality.

How to get there?

I did a quick search on airline TAP Air Portugal for late December and found a flight connecting through Lisbon for only $378 (of course flight prices are constantly changing so this mention is just an example). Typically, airfare is at least twice that amount. From New York City, it’s a six-and-a-half-hour plane ride to Lisbon then a one hour and 45-minute flight to Madeira. If you have the time and haven’t been to Lisbon, I highly recommend a couple nights in this incredible city.  Stay at the Four Seasons (with Virtuoso perks) and enjoy an early morning walk or run on their rooftop track overlooking the shimmering city and water.

Madeira is a year-round destination, but September and December/holiday season is extra-fun.  September is wine festival month to coincide with grape harvesting, and there are special events all month including a pickers parade and light, sound, and music shows.  New Year’s Eve is cause for celebrations all over the island with a spectacular firework show across 50 stations.  Forbes Magazine endorsed the experience, “The star of the (holiday) season is the fireworks display, including 3D illuminations, waterfalls of light, and giant walk-through creations – spectacles so outstanding that they’re noted in the Guinness Book of World Records.”

Destinations like Madeira are waiting for you, and I’m here when you’re ready to make your long-awaited travel dreams a reality.  Meet you in Madeira?

Hidden Gem Tip:  Be sure to explore the quaint fishing villages around Madeira. The village of Canical was once the center of Madeira’s whaling industry and where scenes from Moby Dick with Gregory Peck and Orson Welles were filmed in the 1950s.

Wishing you and your family continued good health, 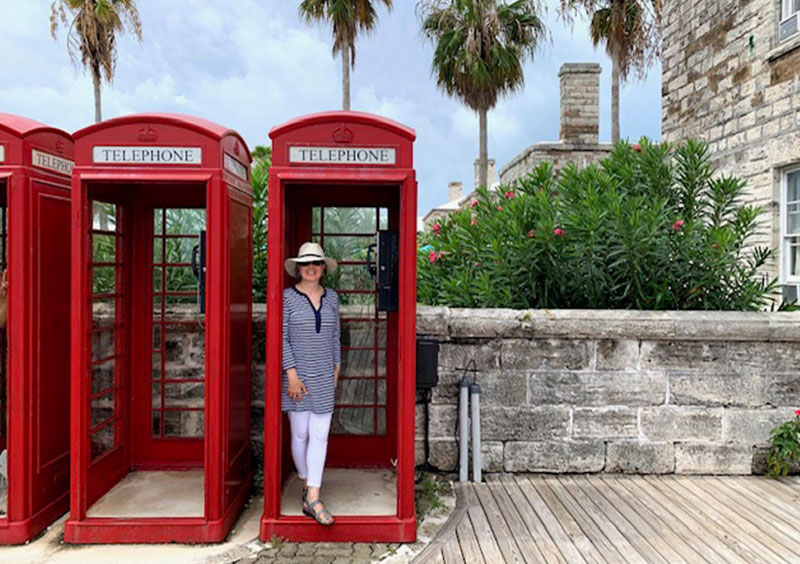 I’m the founder of Hidden Gem Travel Consulting. As your personal travel advisor, I craft custom worldwide itineraries that astound and inspire you.

LEARN MORE ABOUT ME 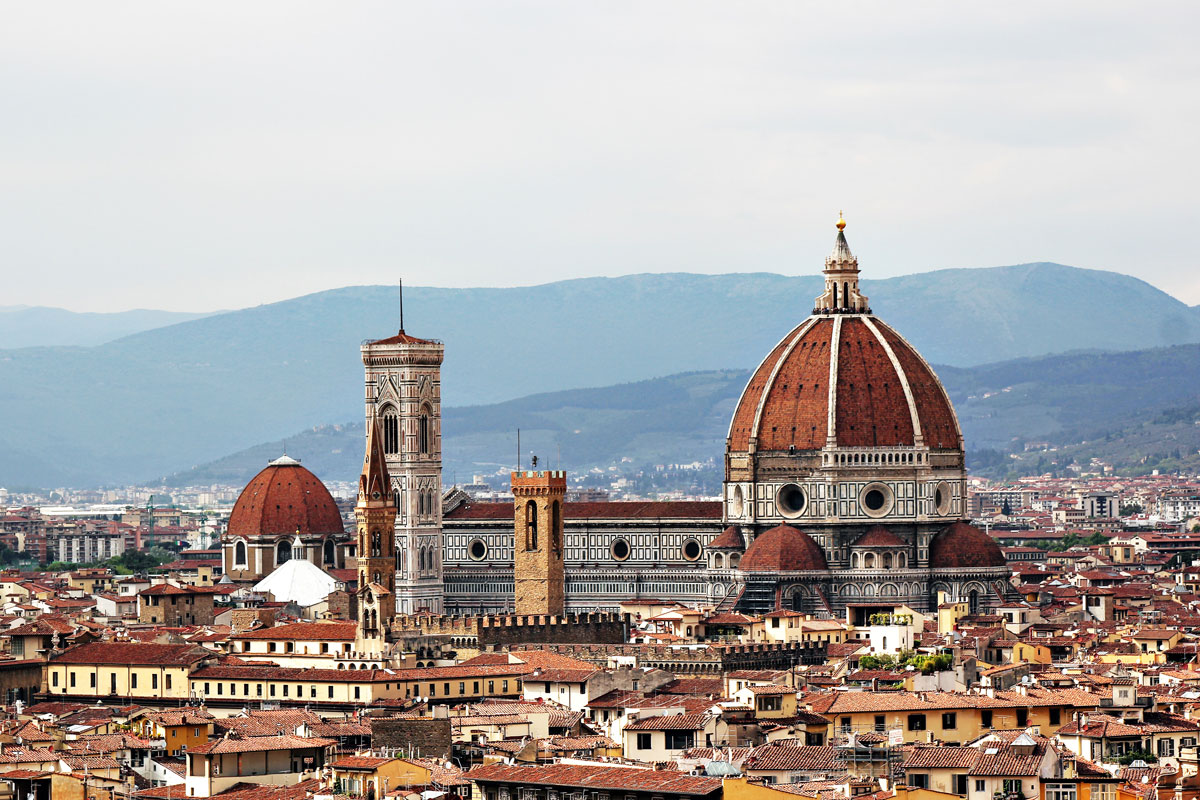 My signature consultative process uncovers exactly what your family is craving for your next journey—so I can design a tailored, layered experience that speaks to what wows you.

Get the latest travel updates and inspiration!

Get the Free Guide!